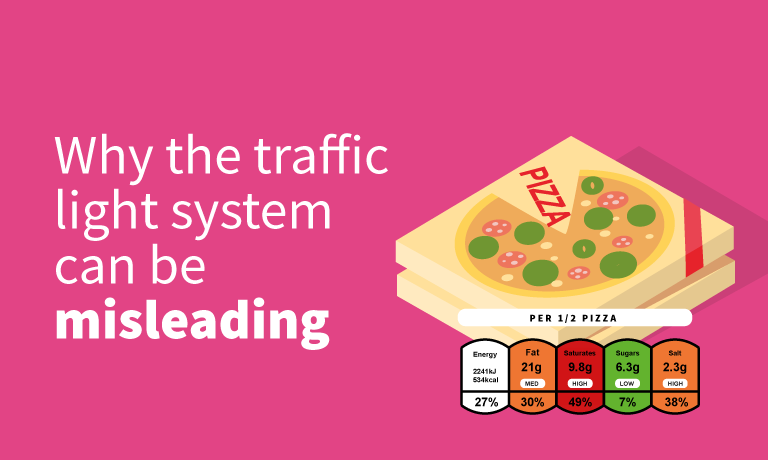 17 Apr Why the traffic light system can be misleading

About one-third of pre-packed foods in the UK these days have traffic light labels. The idea is that these assist shoppers in making smarter purchasing decisions by helping them to choose the healthiest option out of similar products and keep a check on the amount of foods they’re eating that are high in fat, salt and added sugars.

Currently in the UK, high (red), medium (amber) and low (green) percentages for calories, fat, saturates, sugar and salt can be voluntarily displayed on packaging. With the pending Brexit outcome, the Local Government Association (LGA) has seen this as an opportunity to make traffic light labelling on food and drink compulsory in order to “to help consumers make informed choices” by April 1st 2019 (no joke!).

However, from a personal perspective I would argue that the system needs to be re-evaluated carefully before this is rolled out to all products, as I believe that in some cases, the system can do more harm than good because without understanding the basics it can be misleading.

In a very simplistic sense, when consumers use the traffic light system:

Therefore, it would be fair to assume, that a product with predominantly green ‘lights’ would be considered a healthy and sensible choice for one to make. But this isn’t always the case. Take Coca Cola as a perfect example of this. Here’s a traffic light label taken from a can of Coca Cola:

You can see the lights show three green versus one red.

As a layman reading this, you could be forgiven for reaching the conclusion that the three green lights cancel out (or lessen) the impact of the red rating, therefore making this an “OK” choice. Whilst few people would probably consider Coca Cola a ‘healthy option’ – it cannot simply be assumed that this is clear to all consumers purchasing this product.

By the same token, a typical cheddar cheese will probably have three (if not four) out of five lights would be red, but given cheese is ultimately fat, what would you expect.

Many experts already question how much of the information presented on labels is understood by consumers and according to at least one study, the traffic light system confuses some consumers, who are unsure whether it's better to eat a food with two reds and three greens or five oranges.

Many own label products are also falling foul of confusing customers with conflicting messages being presented on their traffic lights versus the overall packaging, as reported by the BBC recently.

Across the pizzas, portion size was either stated as being one third, one half or a whole pizza. This resulted in the family incorrectly identifying the pizza with the suggested portion size of one third as the most healthy. Manufacturers and retailers are expecting consumers to take the time to read the small print and do the maths to compare products that are using different portion sizes.

Currently the UK is leading the charge in terms of utilising the traffic light system on products, but talks have commenced in the USA and throughout Europe with mixed reactions within the industry as to whether or not the labelling helps or hinders consumers and the industry itself.

At the end of the day, education is key. If a system isn’t achieving what it originally set out to do, then re-evaluation or seeking to provide further information for the consumer should be considered. What I personally feel is needed here is a standardised approach across the industry as to how the system is applied to products. Ideally it would be regulated by an independent body. A tall order indeed. 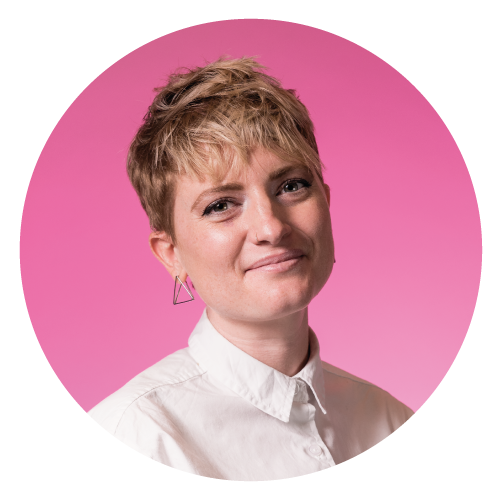