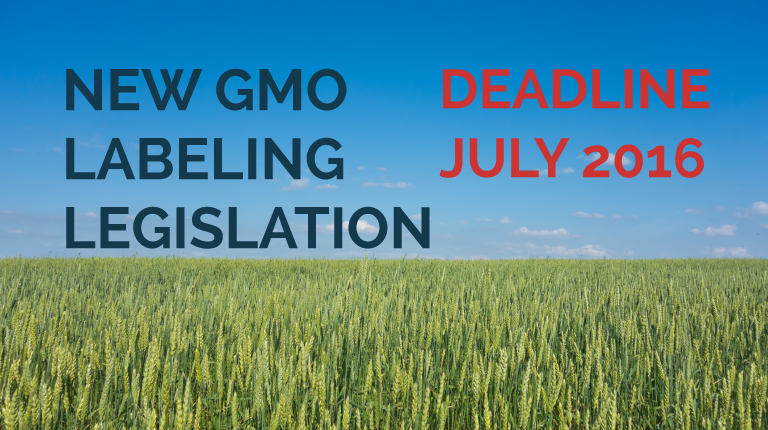 Posted at 04:46 in Supplier engagement, Sustainability by Steven Howell

GMO Labeling – States are now responding to consumer demand for transparency. Can retailers react and be ready for this change?

There are increasing numbers of consumers seeking more transparency from the food and beverage industry. 87% of Americans look at the Nutrition Facts panel on packaged foods and beverages at least sometimes, while more than half (56%) actively seek out nutritional information and guidelines, according to survey data published by market research firm Packaged Facts in the report Nutritional Labeling and Clean Labels in the US: Future of Food Retailing.

States are now responding to consumer demand for GMO labeling

The Vermont GMO labeling Act 120 and legislation from neighboring states

The Vermont Genetically Engineered Food Labeling Act requires that by July 2016 all food and beverages sold in the state that contain GMOs carry a label that reads “produced with” or “partially produced with genetic engineering”. In addition, Connecticut and Maine have GMO labeling laws that will go into effect when nearby states pass similar laws. Massachusetts and New York have their own labeling bills in the works.

The background to the new legislation is consumer driven. A large majority of American consumers support labeling of genetically modified foods. According to an Associated Press-GfK poll, 66% of Americans favor requiring food manufacturers to put labels on products that contain genetically modified organisms, or foods grown from seeds engineered in labs. Fewer Americans say genetically modified ingredients are important to them when judging whether a food is healthy. About 4 in 10 said the presence of such ingredients was very or extremely important to them. That's higher than the share who say it's important to know whether a food is organic, and about on par with the share saying they consider the amount of protein in a food an important factor.

There have been numerous challenges and attempts by food Industry groups to block the Vermont Act. As of today, the legislation stands. If you are a retailer selling your own brands (Private Label) in Vermont, this Act impacts you. You only have until July 2016 to comply with the law.

Importantly, every food product needs action. Apart from a few exempt categories, every product needs either a certificate to show GMO free, or a packaging/labeling change, and with artwork and packaging changes taking many weeks, there is a need to act now.

Managing the audit process to determine which products contain GMOs is a daunting task, especially when you have hundreds of suppliers and thousands of products in a typical Private Label portfolio. The process is time-consuming and resource intense. In addition to sizing the problem and assessing risk, actions will be required to comply with the act – label changes that declare GMO as well as obtaining certification documents for all foods not produced with genetic engineering.

The time to act is now!

To make sense of the challenges and risk presented to retailers, Solutions for Retail Brands has developed and deployed an assessment solution that guides the retailer and supplier though the journey to compliance. The solution is fast and efficient and provides answers for every step of the assessment process. The assessment includes educating your suppliers on the Vermont Act ruling and requirements and surveys them to determine the scope of change. We can get you the answers you need to sizing the problem and assessing risk as well as providing options to drive action and closure.

For further information or guidance on how to execute your GMO labeling implications assessment email Steven Howell or call +1 866 740 3895.