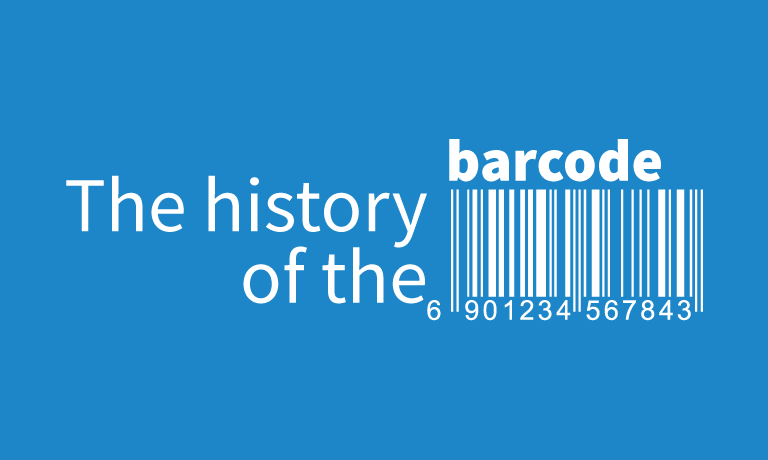 27 Jun The history of the barcode

Posted at 12:24 in Product development, Packaging innovation by James Butcher

We all now take for granted barcodes in our daily life.  We scan them at the checkout for a daily or weekly shop.  We scan them on event tickets.  We even now expect to scan them on our smart phones.  Although most of those technically aren’t barcodes – they are matrix codes (no bars!).

As with many inventions, the exact ‘first’ barcode is unclear, but history would have it that it was invented by a Mr Woodland in post war America. As a Boy Scout interested in Morse Code, he apparently invented it by drawing in the sand on Miami Beach (around 1948), which led to a first patent application October in 1952.

The original design was more of a bullseye design but evolved to linear bars and saw its first commercial use in the 1960s. It was used to track railroad cars across America, similar to the way some public buses are now tracked in the UK.

In simple terms a barcode is scanned with a light – more commonly a red laser like we see at the supermarket checkout – and the light and dark bars are turned into 1s and 0s – the ‘code’ -which is in turn, translated into meaningful information.  There are numerous different barcode symbology which take into account the size of bars and the combination of bars, and each of these have different uses.  Some contain just numbers.  Some can contain more characters.  In grocery terms this was transformed when in 1972 an ad hoc committee of the grocery industry association, the Uniform Grocery Code Council (UGCC), selected the linear barcode as the Universal Product Code (UPC) symbology. The UGCC became the Uniform Product Code Council (UPCC) and the administrator of the retail barcode we know today.

A 10-pack (50 sticks) of Wrigley’s Juicy Fruit chewing gum was the first UPC marked item ever scanned at a Marsh supermarket in Troy, Ohio in 1974.  A lot has changed since then.  Not least the cost of chewing gum. In 1974 the 10-pack was only 67 cents!

UPC (technically refers to UPC-A), which consists of 12 numeric digits, that are uniquely assigned to each trade item.  There is also the short-form UPC-E, when space on pack is limited.

As barcodes have proved their reliability and usefulness in real-world environments, they were extended in 1983 to be used on product outer cases.  Driven by major brands such as Kraft, the Efficient Consumer Response (ECR) initiative was all about more efficient and accurate distribution and this was enabled through barcode labels on wholesale/transit packaging automated distribution.  This has subsequently moved on from the ITF14 barcode, which at the time held the unique code for a multi-pack, to the EAN128 barcode which includes other information such as the best before date (durability date) to allow more accurate stock management.

Since then UPCC and EAN have become one Global Standards Organisation, GS1 (gs1.org), although the barcode technologies of UPC and EAN survive.  The ‘codes’ that are managed are the GTIN – the Global Trade Identification Number, whether this be at a point-of-sale (consumer unit) level or at a traded-unit (case) level.

Unfortunately, the history and the myriad acronyms mean that there is still a lot of confusion. People refer to a UPC and sometimes this means Universal Product Code in the context of the original retail barcodes.  Other times, it is used to simply mean ‘unique product code’ which may have nothing to do with the barcode itself.

Newer barcode symbology allow more information to be held in the same barcode, but normally with more complexity to read or scan, so I don’t see the humble barcode as we know it changing any time soon; it has stood the test of time.  The GTIN (unique identifier) can use either EAN or UPC barcodes and serves a vital purpose for retail and for distribution, and no doubt is here to stay.

There have been claims for decades that microchips and Radio-Frequency ID (RFID) will replace barcodes but the cost remains prohibitive compared to ink and a simple printed barcode, which can be read with a range of technologies established throughout the globe. Barcodes keep track of books in libraries, patients in hospitals and in retail establishments worldwide they are scanned at the rate of more than five billion a day.

We have seen the next generation of 2D barcodes – although not technically barcodes because no bar.  But matrix codes.  Which are easier to read with cameras such as on our smart phones and which can embed information such as a website URL.  The most common is the QR Code, which we are starting to see on packs in the USA for Smart Label, where to scan the QR code will link the consumer to additional product information to augment that which is on the label.  It will be down to shoppers as to whether we see more of these emerge – it will be driven by consumer demand – but I think Mr Woodland, if he was still with us, could be confident the point-of-sale barcodes we’ve now had for over 40 years will be with us for many years to come. 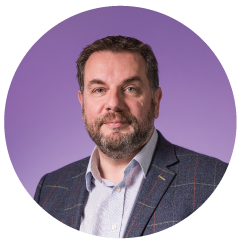