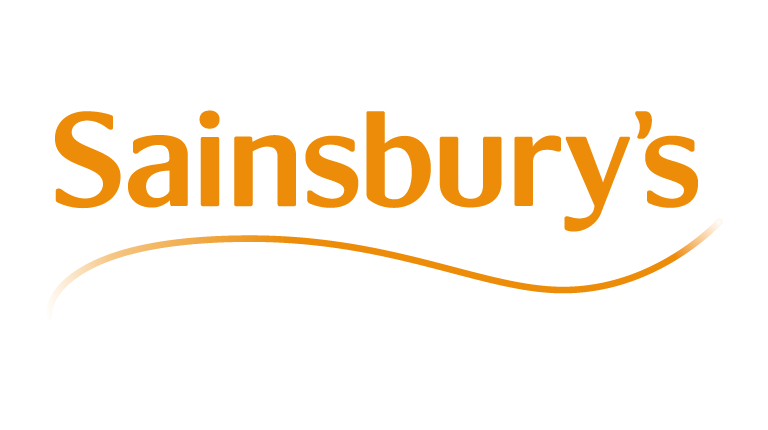 Posted at 03:41 in Customer experience by Team S4RB

I am back for another trip down the winding roads of history. This week it's all about Sainsbury's, the UK's second oldest (still trading) food retailer.

Sainsbury's has been trading for 147 years. It all started with one small rented store in Drury Lane and now the retailer has over 1200 stores across the United Kingdom. 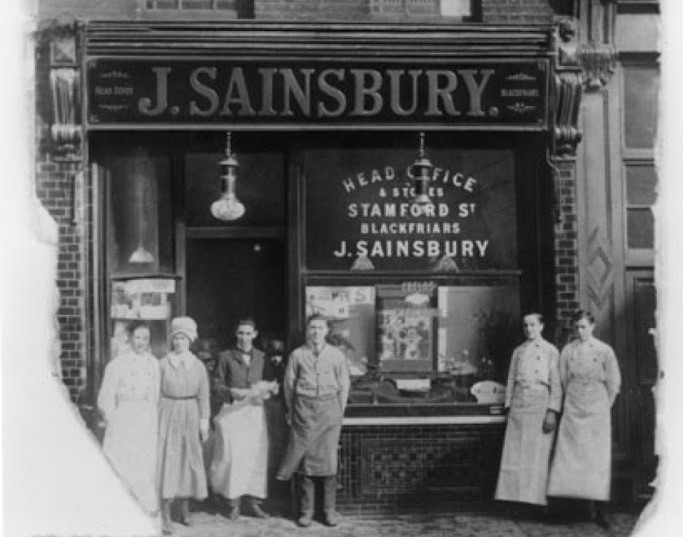 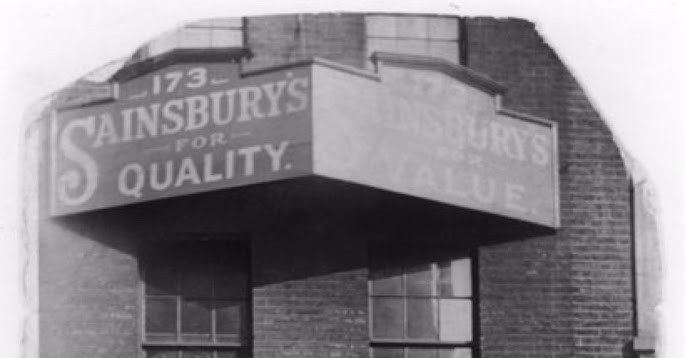 Sainsbury's would become popular for its fair prices and quality products. The husband and wife team sourced fresh milk only from cows that grazed in the countryside. Its competitors used watered-down milk from cows kept within the city.

The family also wanted to ensure the freshness of its butter. In order to convey this message, they insisted that its Dutch butter supplier stamped every product with the date that it was made. This idea was later made compulsory by the Dutch government.

Mary Ann was often found in the early hours of the morning cleaning and scrubbing the floors of the shop. One of the family's first colleagues commented that “Mrs Sainsbury... made the shop famous for the quality of its butter. She was always up very early in the morning and took great pride in the cleanliness of the shop.”

In 1882, Sainsbury's started offering its first own brand products to customers. This started with butter and over time, expanded to include other products. 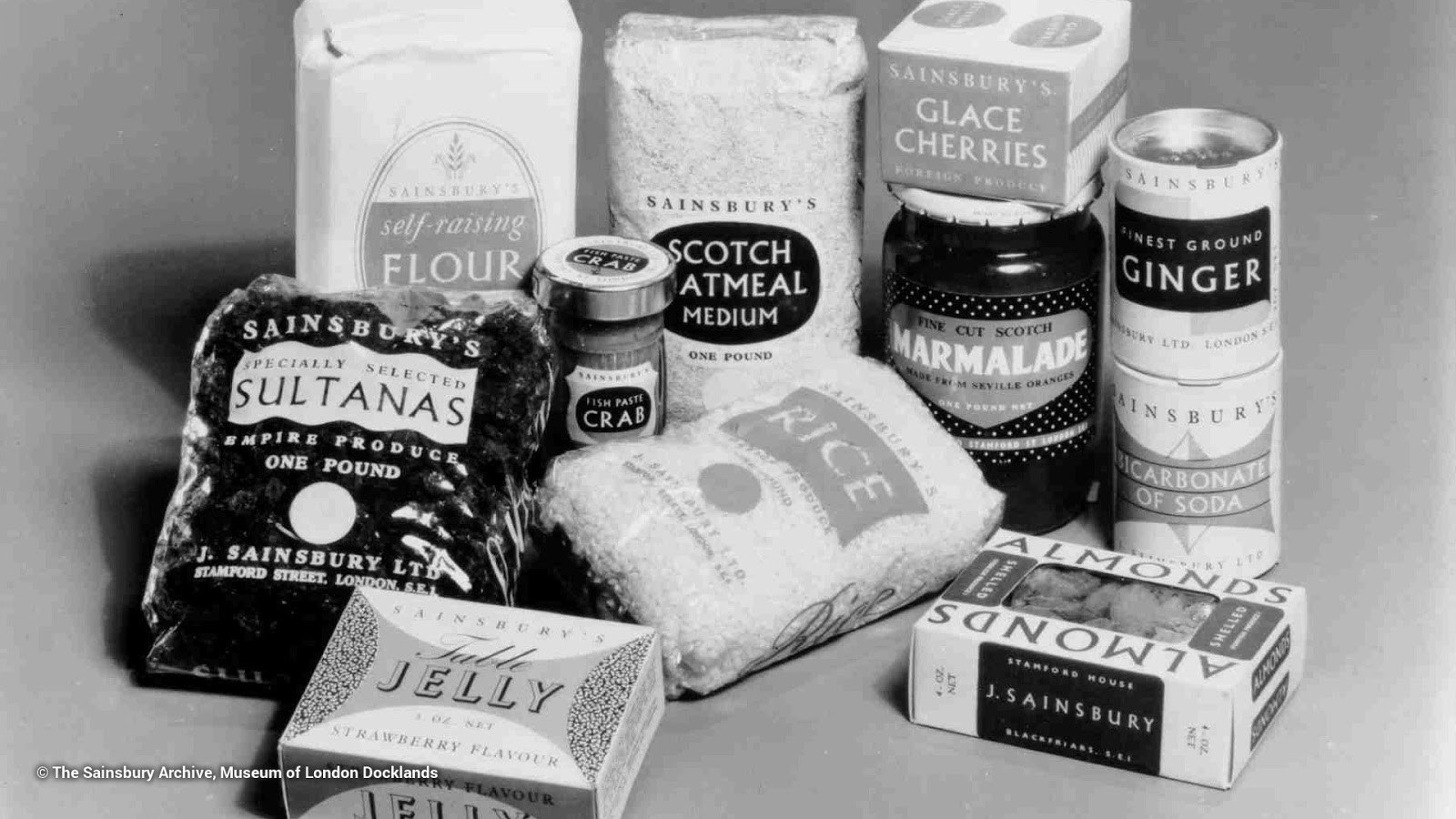 In 1903, Sainsbury's branched out into groceries and started stocking fresh meat, chicken and fruit and veg.

By 1922, Sainsbury's was the largest chain of grocers in the UK. In 1928, when John James Sainsbury died, the company had 128 stores. The company was then taken over by John James' son, John Benjamin Sainsbury.

When war broke out in 1939 many of the men who worked for Sainsbury's were subject to conscription. Many of the newly vacant positions were filled by women.

The Second World War was a difficult time for Sainsbury's. Due to sourcing problems and food rationing, the company struggled to continue to provide the quality products that it had become known for. The turnover of the group fell to that of half the pre-war level. 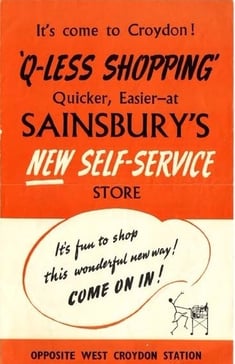 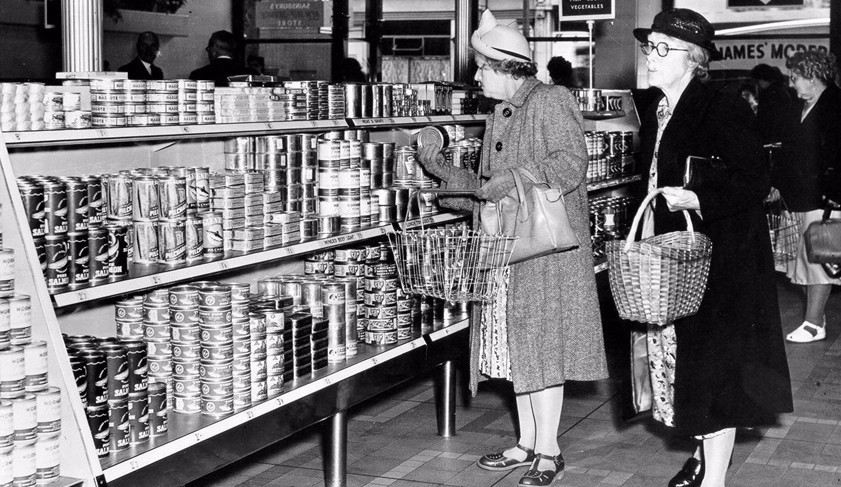 During the 1950s and 60s, Sainsbury's was the leader in own brand products. They pushed the boundary of what had been done before, both in product and packaging.

Here is a sample of packaging from the 1960s 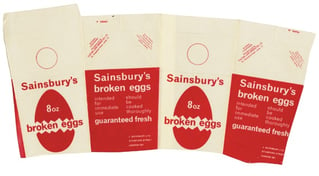 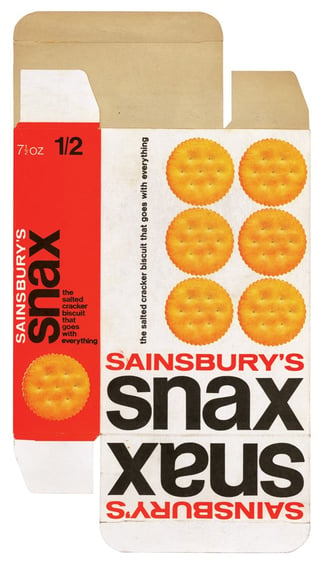 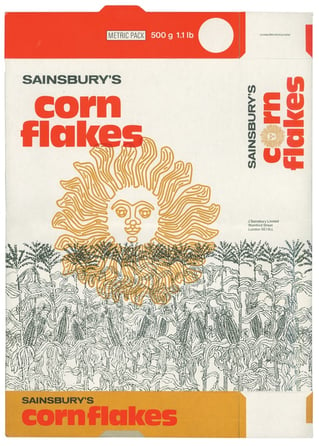 In 1950, the company hired graphic designer Leonard Beaumont to create packaging designs that reflected the company's quality and produce. He ensured that the same typeface "Albertus" was used across the entire product range, along with stylised graphics and colours.

In the 1950s, Sainsbury's started to use polythene in its packaging and this proved useful for the design of own brand frozen food packaging, as it remained flexible in frozen temperatures.

1962 saw the company set up its own design studio, thereby elevating the importance of packaging design to the same level as that of the quality of the product inside. By 1970, the studio had a dedicated packaging research department.

This laid the foundations for some of Sainsbury's future well-known brands, including SO Organic, Taste the Difference, and Be Good To Yourself. 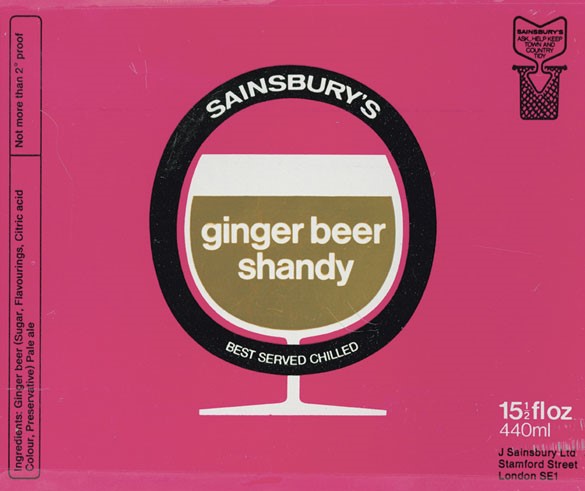 Up until 1970, Sainsbury's was wholly owned by the Sainsbury family. In 1972, the company started the process of floating on the stock market.

On the 12 July 1973 the company went public as J Sainsbury plc. A million shares were set aside for staff members. The shares sold out within one minute!

Sainsbury's started to replace its smaller high street stores with large supermarkets, often in out-of-town locations. The first out-of-town store opened in 1972 in Cambridge and was 24,000 sq ft - nearly 14,000 sq ft larger than any other Sainsbury's store in the country.  The last counter service store (in Peckham) closed in 1982.

To try and compete in the growing hypermarket sector, Sainsbury's started a joint venture with BHS known as SavaCentre. The new venture started training its colleagues in 1977.

SavaCentres included textiles and electrical goods, along with the more traditional food offering. As hypermarkets became more common place and rivals Asda and Tesco started opening larger and larger stores, it was decided that SavaCentres brand was no longer needed. The stores were converted to regular Sainsbury's stores in 1999.

Also in 1979, Sainsbury's formed another joint venture with Belgian retailer GM-Inno-BM. The aim of the venture was to set up a chain of DIY stores. The chain was to become Homebase. Homebase was different to other DIY stores in the UK, as the stores had a familiar supermarket-style layout.

In December 2000, the chain was sold to a venture capitalist for £750 million and the 28 development sites, earmarked for future stores, were sold to Kingfisher for £219 Million. 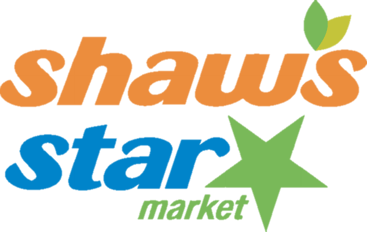 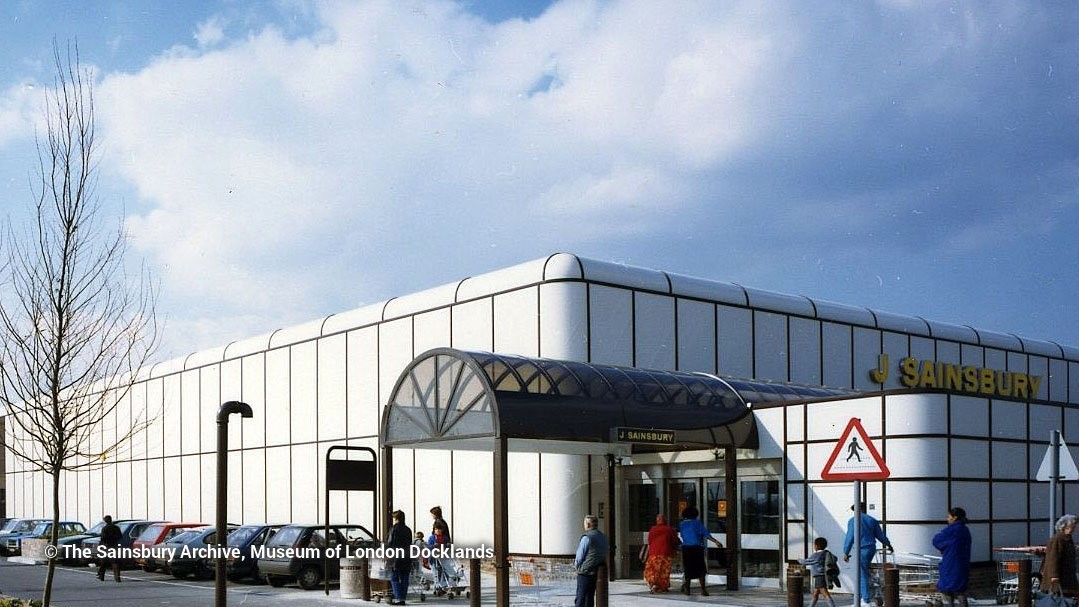 The 90s was a challenging decade for Sainsbury's, due to its slow move into non-food retail. In 1996, Sainsbury's doubled the size of its popular Homebase DIY chain.

1996 also saw the launch of the Sainsbury's Reward card a forerunner to the Nectar card we know today.

Sainsbury's opened a number of new stores in a new format called "Country Town" These stores, based in Villages, helped to move Sainsbury's stores into more remote locations.

In 1997, Sainsbury's Bank was launched in partnership with Bank of Scotland.

In 2004, Sainsbury's sold its American subsidiary, Shaw's, to Albertsons. 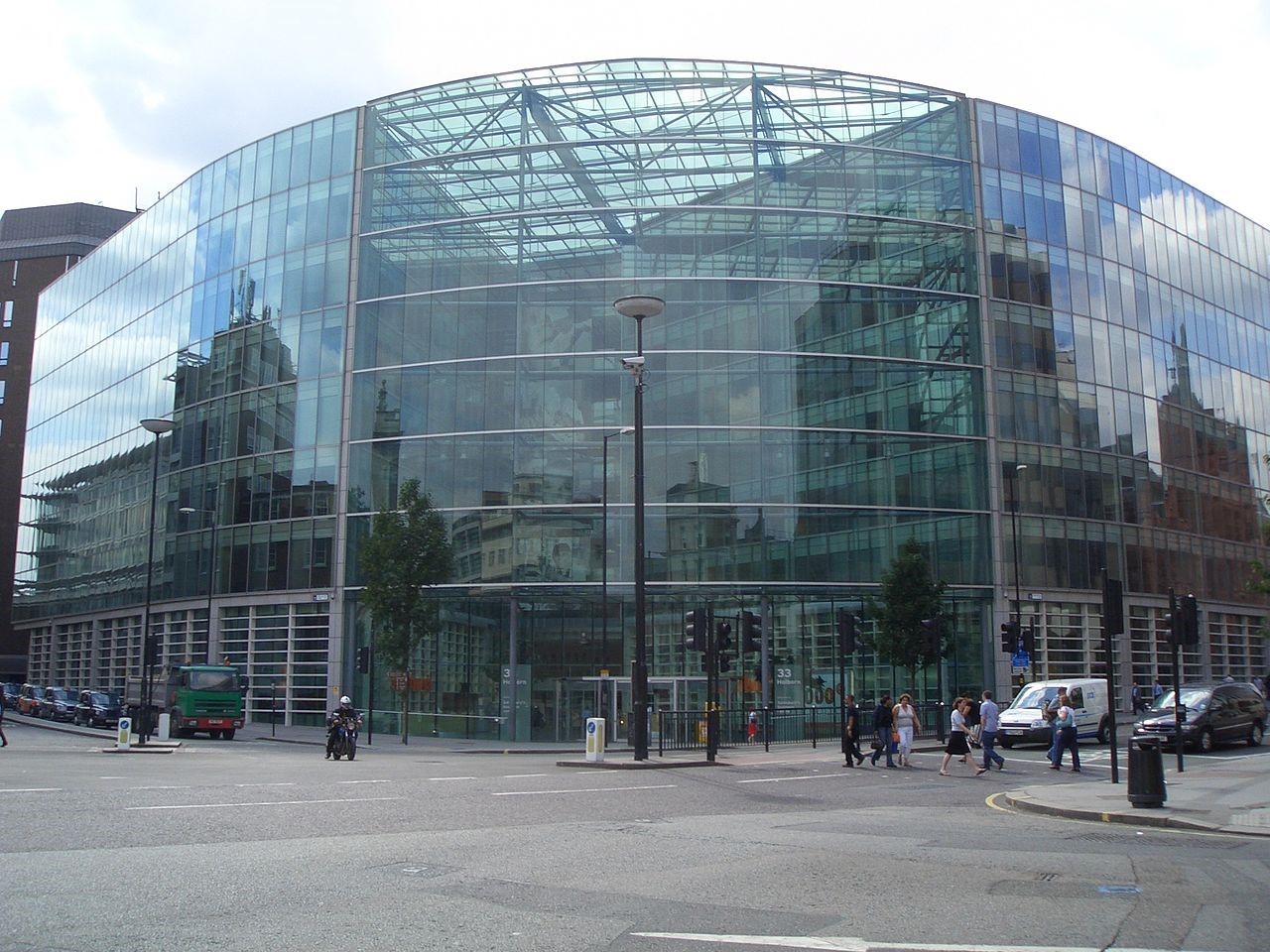 Under the leadership of Justin King, Sainsbury's was doing well and was looking to increase its foothold in the convenience store sector.

The purchase of Bells Stores in North West England helped its convenience store business move into the North, adding 54 stores to its portfolio. 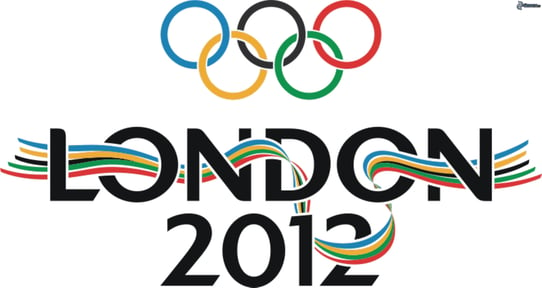 In May 2010, Justin King announced that Sainsbury's would be one of the main sponsors of the London 2012 Games

In 2009, Sainsbury's celebrated 140 years of trading. They released this special advert to mark the anniversary.

In 2014, Sainsbury's became the first retailer to power one of its stores by converting food waste into bio-methane gas to generate electricity.

November 2014 saw the return of Netto, in partnership with Sainsbury's and Dutch retailer Netto. Sadly the venture was closed in July 2016, along with 16 stores.

In September 2016, Sainsbury's completed the purchase of The Home Retail Group