Posted at 11:36 in Customer experience, Food trends by Team S4RB

Hello Friends and welcome back to my Retail History blog. This time we look at the national treasure that is Marks and Spencer. Let’s take our Tardis back to 1884 to see how one of the nation’s most loved and recognised retailers came to be. So, top up your cup of tea, grab the digestive biscuits and join me. 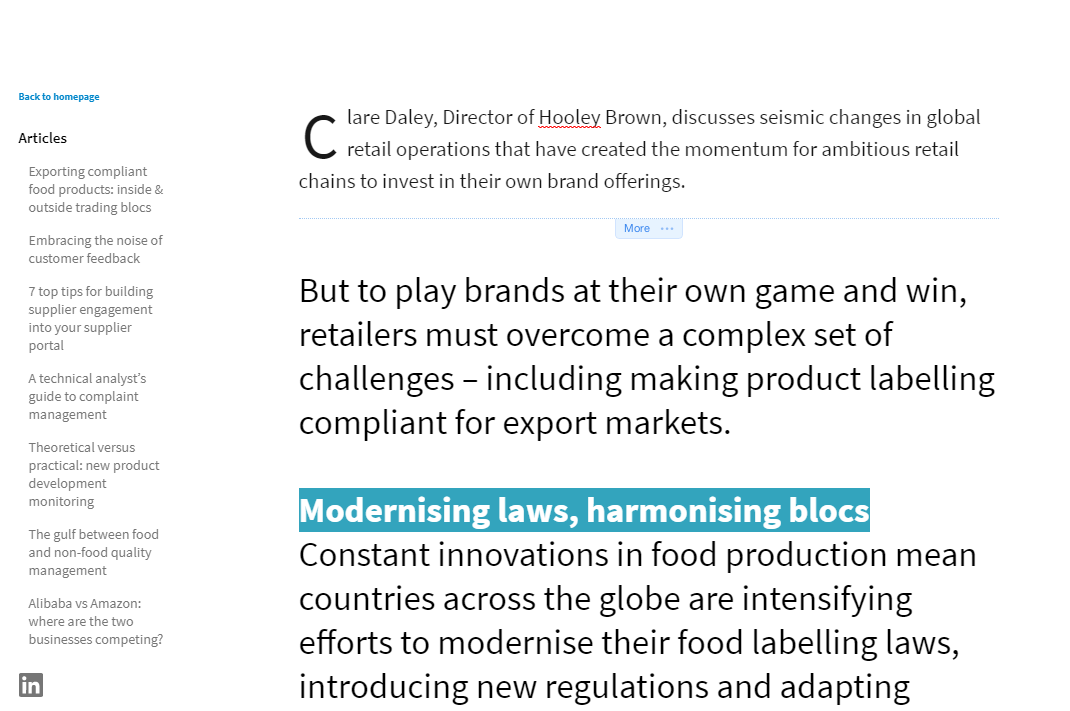 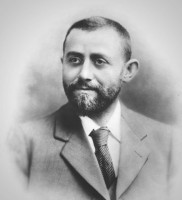 Michael Marks came to England over 130 years ago and settled in the market town of Leeds in the north of England. Michael was canny and started his own market stall in Kirkgate and categorised all items by the price. But after the penny section of his stall started to thrive, he stopped selling more expensive products.

Michael needed a partner to help him grow the business. Tom Spencer, a senior cashier, was to become his partner and in September 1894 Marks & Spencer was formed.

Tom Spencer had experience in administration and accounts that worked well with Michael Marks’s skills in selling and dealing with staff and the public.

The stalls were called Penny Bazaars - keeping the penny prices. The store allowed customers to browse the store without any pressure to buy. This is commonplace now but was forward thinking back in 1894.

By the start of the 1900s the partners had opened 36 Bazaar stalls and 12 stores.

The early 1900s were a period of growth for M&S after buying a number of its competitors. The company also became public. 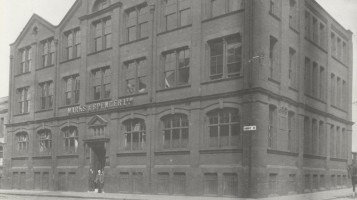 The company’s first registered address was built in Derby Street, Manchester and was the first warehouse that was built for the company. The new address allowed the growth to 145 stores by 1915.

M&S continued the penny prices on its products but this price became hard to keep once the First World War started as items become hard to find and often more expensive to buy.

M&S continued to grow and innovate. The company displayed its products on trays in the store allowing customers to browse. This was different to most other retailers who kept the products on shelves behind the counter. 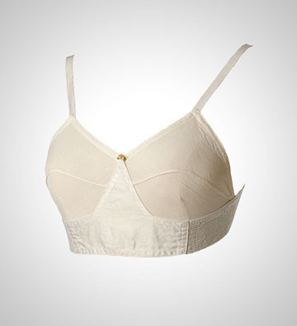 M&S Bra in the 1920's - https://marksintime.marksandspencer.com

In the early 1920 M&S started selling what is now their most famous product: underwear. Today one in three women wear an M&S bra.

In 1930 M&S formally started its food and clothing departments. The company needed to compete with the growing trend of department and co-op stores and started to expand its offering to customers.

With the 2nd World War came rationing. M&S was low on products to sell and staff to man the stores. The bombing had also hit over 100 stores, completely destroying 16.

But M&S rose to the challenge and started selling goods within the rationing limit. Its dresses were redesigned to fit within the button and fabric length limits. They also added thread in the hem so the dresses could be amended later. A M&S Technologist, Harry Atkinson, developed clothing standards that the government used to create utility clothing.

Before the war most food was imported from overseas but a lot of the trade channels were cut off and food became rationed starting with butter, sugar and bacon. Rationing didn’t apply to cafes and restaurants so more people started to eat out. M&S expanded 82 stores to incudes cafes by 1942 to support the local community. 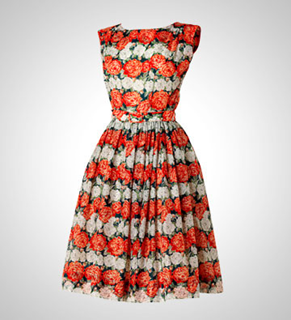 Rationing didn’t come to an end until 1955. Marks and Spencer was ready to bring back the glamour with its “New Look” line. The first being the Corolle Collection by Christian Dior. The collection was extravagant and rebelled against the rationing rules of the war.

In 1957, M&S carried out a survey of women’s bodies to help with sizing of ready-to-wear cloths such as nylon stockings.

By the 1960s the nation was changing, and the modern world was starting to appear. Customers were looking for time-saving items to introduce into their homes.

M&S was investigating new ways of selling dairy products and meat. At the time, most stores sold chicken frozen to keep the bacteria risks low. M&S wanted its customers to have fresh products and invented the ‘cold-chain’ process where chickens were chilled right after slaughter and kept chilled at 4 degrees until they reached the customer. This process was unique to M&S and its suppliers at the time.

More homes than ever had freezers and in 1972 M&S introduced frozen ready meals which were being sold in over 100 stores. The products were created by the catering department and suppliers. This convenience food was a big hit with customers and helped to explain the rise of the microwave. In 1973 M&S was the first retailer to add ‘sell by’ dates to its products. 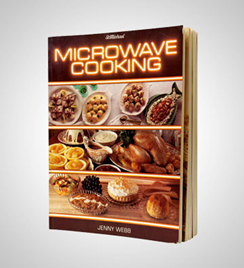 M&S also pioneered Indian and Chinese ready meals and they really took off in the early 1980s. These are now main staples of the UK’s favourite meals. They also introduced the British public to the Chicken Kiev!

In the early 1980s suppliers became more involved in the design of the products. M&S moved to support the suppliers by introducing guidelines on trends. These briefs were known as the Buyer’s Bible.

Underwear was becoming more fashionable with the introduction of more lingerie products inspired by catwalk trends. Even the humble thermal was given a fashion re-design.

As the 90s started to heat up the retail competition, M&S had to keep ahead of the changing trends and create and improve products quickter than ever before.

The great invention came from Food Developer Elaine Kassler. She wanted to create a version of the classic French dessert, chocolate fondant, for M&S customers. No large retailer had every cracked the puzzle to the melt in the middle pudding. The liquid centre had to survive without soaking into the sponge when in transport or on shelfe. It took over 18 months to get the recipe correct and proved to be a massive success.

The 90s and early 00s also introduced new clothes and lines like Autograph. These lines are created in collaboration with top fashion names.

In 2001 the first food only stores (Called Simply Foods) opened

Plan A, because there is no Plan B 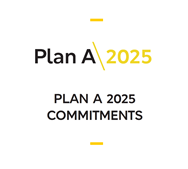 Plan A is M&S’s sustainable retailing plan that touches every part of its business from store heating to product packaging and labeling. It has reviewed waste management and manufacturing processes to minimise waste, use of raw materials and climate change.

Plan A is M&S’s sustainable retailing plan that touches every part of its business from store heating to product packaging and labeling. It has reviewed waste management and manufacturing processes to minimise waste, use of raw materials and climate change.

We are back to the present day and Marks and Spencer has grown to over 979 stores  (615 Simply Food).

M&S are drawing on its vast history more and this is shown with its new logo introduced in 2015 with EST 1884. The company continues to face challenges and has started to restructure to make sure the business is fit for the next 134 years.

In 2016 the company announced its new CEO Steve Rowe, currently Head of Clothing, and previously Head of Food.

The modern M&S is a truly international business with 450 stores outside the United Kingdom. 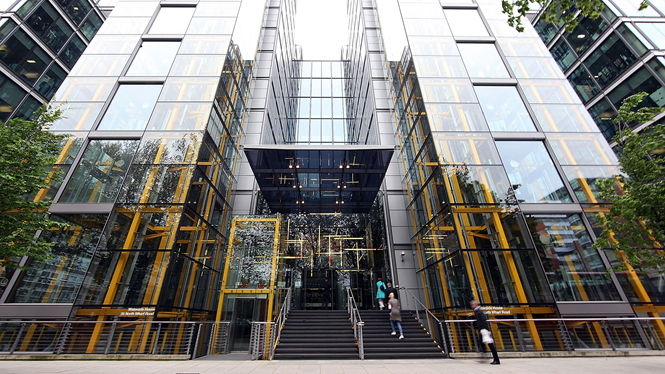