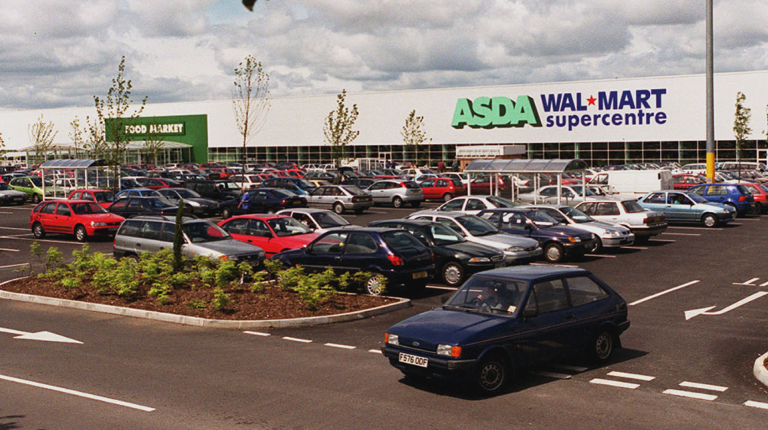 16 Feb The History of Asda - Pocket Tapping For 52 Years

Posted at 03:26 in Customer experience by Team S4RB

Here we are again. Time for another wander into the past of one of our much loved retailers.

In this blog we are investigating Asda so let's sit back with a cup or tea and rewind back the years to 1920.

The history of Asda can be traced back to West Yorkshire in the 1920s where the Asquith family ran a butchers in the town of Knottingley. The family slowly expanded the business to seven butchers shops in the local area.

A group of dairy farmers in West Riding joined together to form J.W Hindell Dairy Farmers Ltd and in 1949 they become Associated Dairies and Farm Stores Ltd.

The Asquith family then converted the Queens cinema in Castleford into a supermarket and over the next two years the family opened a further two more stores and a purpose built store in Ponteract on the site of another old cinema.

The company we know today didn't start to appear until 1965 when the Asquith family partnered with Associated Dairies to bring butchery counters to its small chain of supermarkets and a merger of the companies was then suggested.

On the 3rd May 1965 Asda was born after the merger of Asquith's supermarkets and Associated Dairies. 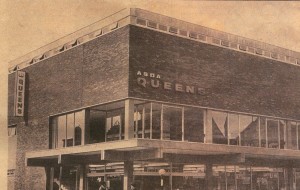 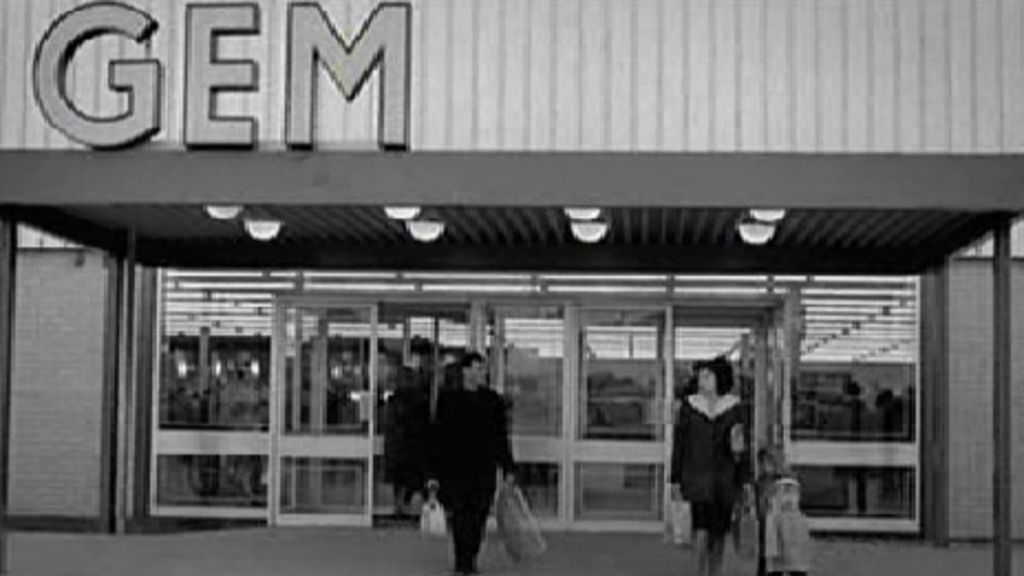 In 1965 the retail price maintenance (look out for a future blog on this) was abolished allowing prices to be set by the retailer for the first time, this allowed Asda to open large scale supermarkets. Asda then went on to acquire the failing US retailer GEM (Government Exchange Mart) UK operations in Leeds and Nottingham and the Nottingham GEM store became the UK's first out-of-town supermarket.

When Asda took over the GEM store in Nottingham it was averaging £6000 a week in sales, Asda then went on to increase this to £60,000 in just six months. 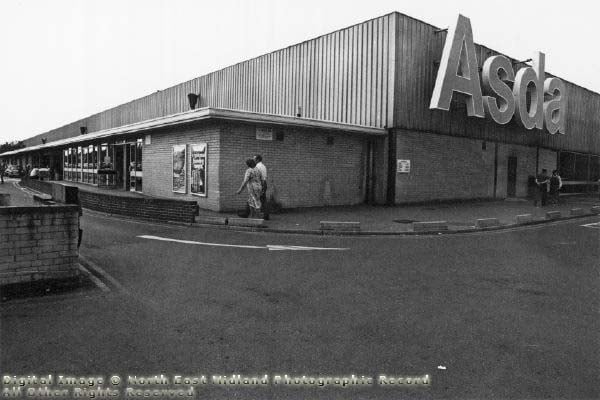 Peter Asquith made some revolutionary decisions to bring customers to his new large out-of-town store. Asda for the first time offered discounted petrol, but non of the major oil companies wanted to strike a deal with Asda which resulted in Peter making a deal with an unknown oil company called NAFTA.

To fill the massive space on offer at the new GEM stores, Asda then diversified its product range, offering general merchandise for the first time.

The 1960s ended with Associated Dairies buying out the Asquith family to fully control the growing retailer and by 1969 the company had 30 stores and was looking south for further growth.

The 1970s was a massive growth period for Asda, they pushed further south opening new out-of-town supermarkets in Plymouth, Hampshire and South Wales.

In 1971 Peter Firmston-Williams was appointed as Managing Director. He oversaw the expansion into the south and also pushed for more petrol filling stations at the larger stores as well as a new partnership with ATS for tyre fitting.

Asda Price landed on to our TV screens in 1977 introducing the now legendary 'Pocket Tap'.

Asda continued to grow and diversify its business and in 1978 purchased the carpet retailer Allied Carpets. At the same time, Asda Drive launched with a view to sell cars at its larger stores.

By the end of the 1970s the company had over 80 trading stores with over 3 million sq. ft of retail space.

The winds of change started blowing though Asda when Managing Director Peter Firmston-Williams stepped down in 1981 after 10 years in the role. John Hardman was appointed his replacement. Mr Hardman started a new strategy for Asda, this included launching its own branded products, opening new distribution warehouses and introduced a new look and feel in-store.

MFI and Asda formed a merger in May 1985. The new combined company was called Asda-MFI plc. MFI was sold in 1985 and the group name was changed to Asda Group plc.

1986 was another big year for Asda and the industry as a whole with Asda launching its own brand products. These new products provided quality, affordable products for all its customers.  Asda also opened its flagship store in Watford with over 64,000 sq.ft of retailer space. The new store featured the most checkout desks in the county at 45 and shortly after seven new distribution centers were opened.

In 1988 Asda opened its first purpose built head office in Leeds called "Asda House". The new office was opened by the Prime Minister at the time, Margaret Thatcher.

George Davies partnered with Asda in 1989 to create what would become one of the top clothing brands in the UK.

Over the next nine years Asda introduced the youngest CEO in the FTSE 100 year history, Allan Leighton. Within four years Allan had transformed the business by:

The industry was in shock on July 26, 1999 after the surprise move by retail giant Walmart to purchase Asda. Walmart was searching for a way into the UK market and Asda provided it with a ready made retailer that had values that closely matched it own. 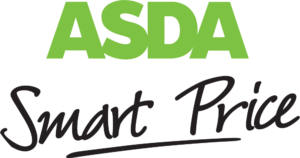 Asda Smart Price was introduced in 2000.

The Smart Price range was Asda's no-frills own brand. It was introduced in 2000 and replaced the Asda Farm brand. The new brand was offered at a lower price to branded products and the range included, cheese, frozen foods, ready meals, fresh pies and detergents. 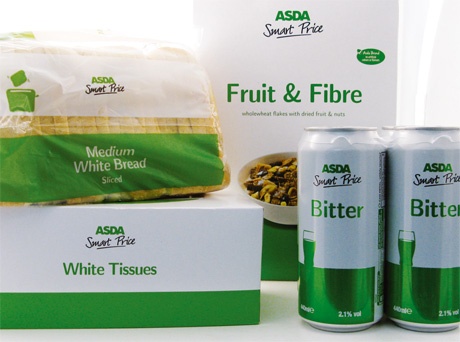 Asda entered the new century with renewed growth under the umbrella of Walmart and in 2002 the company was voted 'The Best Company To Work For' by The Sunday Times.

In 2004 the company also won the 'Best Value Retailer' by The Grocer for the 7th year in a row. In the same year the first Asda Living store was opened in Walsall. This store was the first of the non-food stores, offering expanded ranges of its home products only normally available online.

Asda began slashing their prices for millions of customers in 2006 in its "we sell for less" price-cutting campaign.

George continued to grow and in 2008 was available online for the first time. This was quickly followed by the '100 day satisfaction guarantee'. 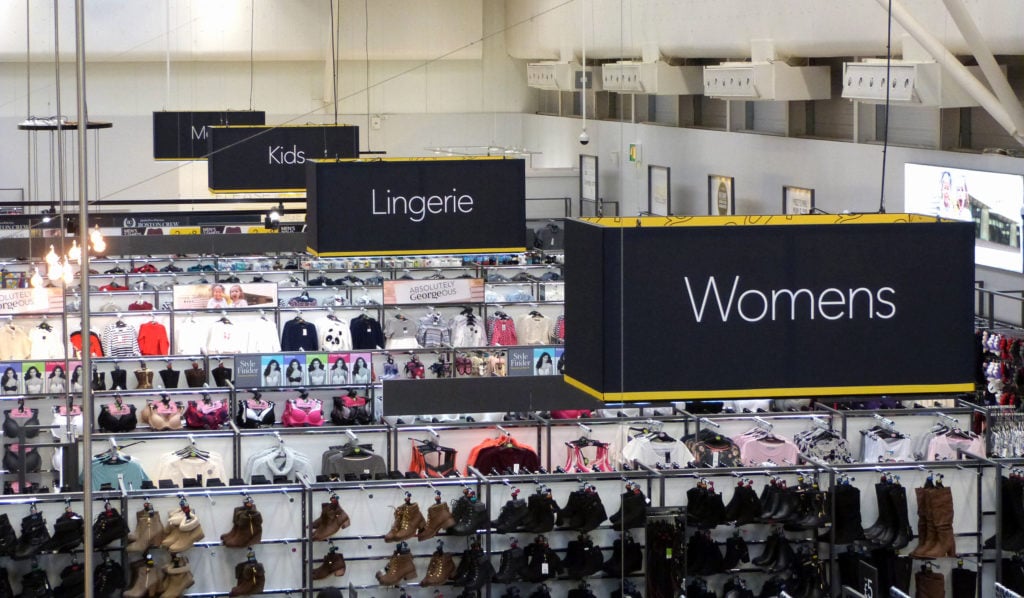 International Produce Limited (IPL) was acquired by Asda in 2009 as part of the strategy to source fresh produce direct.

Over the next few years Asda continued to grow and bag rewards! 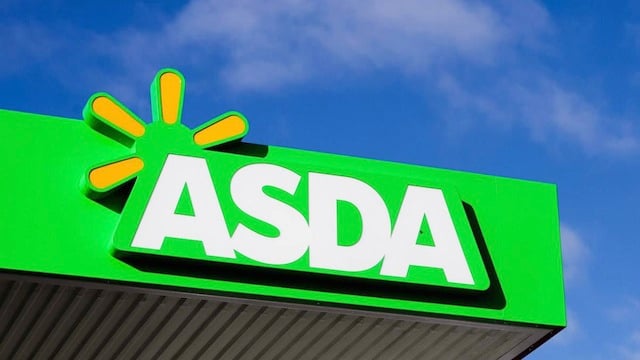 2015 marked 25 years since the launch of the George clothing line, 50 years trading as Asda and the 600th store opening. In the same year profits surpassed £1bn for the first time and the company celebrated with a new logo, adopting its parents company Walmart's famous sparks and the already famous slogan in the US "Save Money, Live Better".

ASDA Advert 2015. The return of the pocket tap

In 2016 Asda invested in 95 of its larger stores to make the experience better for its customers. It also welcomed a new CEO Sean Clarke from Walmart.

The Tickled Pink campaign had its 20th birthday and hit the £50million raised mark. 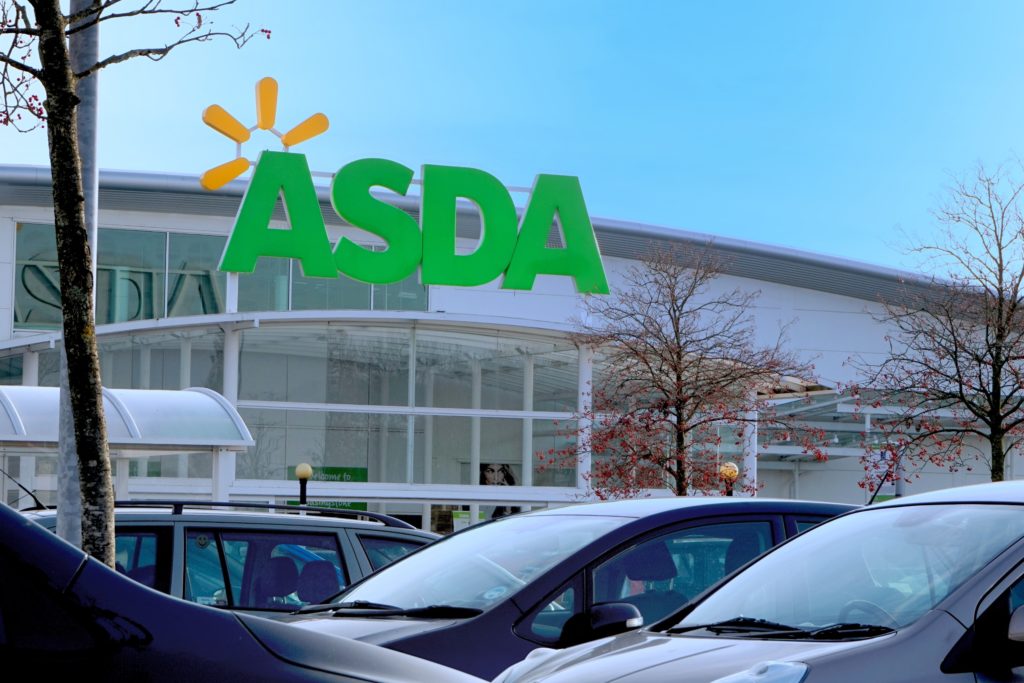