Posted at 10:15 in Customer experience, Consumer trust by David Taylor

Sainsbury's testing the waters off the South coast

Sainsbury's recently made their first significant move after gaining full ownership and control of the Nectar customer loyalty program as news emerged of an isolated experiment on the Isle of Wight.

Shoppers on the island, that sits about 45 minutes off the south coast of the UK, have been asked whether they’d like to opt-in to an interesting trial. Participants will gain access to a brand-new Nectar app that moves away from Nectar’s traditional spend-based reward approach to favour rewarding consistent patterns of shopping behaviour.

Spending £30 at one of the island’s half a dozen Sainsbury's locations will no longer earn you a flat 30 Nectar points.

Instead, shoppers can select five items to gain bonus points for. Then, with each shop, algorithms award bonus points for – as an example - the baked beans and white bread that you buy each week.

Shoppers will also be presented each week with around eight points-boosting offers tailored to an individuals’ shopping habits – continuing to encourage and reinforce those behaviours further.

Finally – and adding an extra layer to the above, the actual amount of points a shopper earns will differ depending on their characteristics like tenure, frequency and average or total spend.

The Isle of Wight is a sensible location for such an experiment. It offers limited costs to upgrade the Island’s store tills to support the app-based initiative and a representative yet reasonable detached consumer demographic.

But the complexity of the scheme itself may present several barriers to its success.

For many people, the essence of the new Nectar trial may remind them of Waitrose ‘Pick Your Own Offers’. However, the comparable analogue ‘get 20% off 10 chosen items’ myWaitrose card initiative received enough complaints about it’s complexity to convince Waitrose to revisit their approach and shelve the scheme.

The strength of simplicity

The strength behind the traditional spend-based Nectar approach is its simplicity. It’s never going to set the world on fire but – often – you’ll chose to get your weekly petrol top-up from Sainsburys to bag the points.

This new Nectar experiment seems to indicate that Sainsbury's has recognised that they need to move a deeper level of loyalty than simply ‘when it’s convenient to be’.

The intent behind the scheme appears reasonably clear – more accurately reward shopper ‘loyalty’ in our modern convenience-driven, internet-savvy, value-sensitive world. However, without clear cause-and-effect signals to follow; shoppers may end up bewildered and bemused.

Tenure, frequency and spend-size points influences will need to be clearly displayed to a customer for the scheme to work. And I do believe that they offer exciting potential. I’m imagining:

Complexity itself is not necessarily the barrier to success…

…even when technology is involved.

It’s worth remembering that we live in a world where over 30 million people played Farmville on a daily basis. This is a game that has a user demographic almost identical to that of the Isle of Wight’s population.

I’m sure those who have played FarmVille would agree that the Facebook-based farm simulation game requires significantly more time investment and understanding than the new scheme that Nectar is looking to trial.

Scheme will live or die by the execution

Success ultimately depends on timely, clear, consistent and compelling communication explaining and reinforcing exactly what the shopper needs to do to earn more points. It’ll all come down to the execution.

For me, the most helpful description of retail loyalty schemes are shopper behavioural change programs.

Just like anyone who’s been intent on losing a few pounds: changing behaviour is a challenging road. Sainsbury's and Nectar will be aware of this and, thanks to their new-found control, will be able to put the best team on the job. I for one, am very interested to see the result when Nectar ‘weighs in’ in later this year. 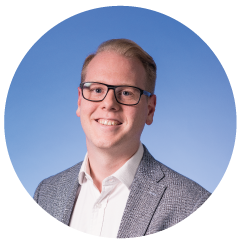