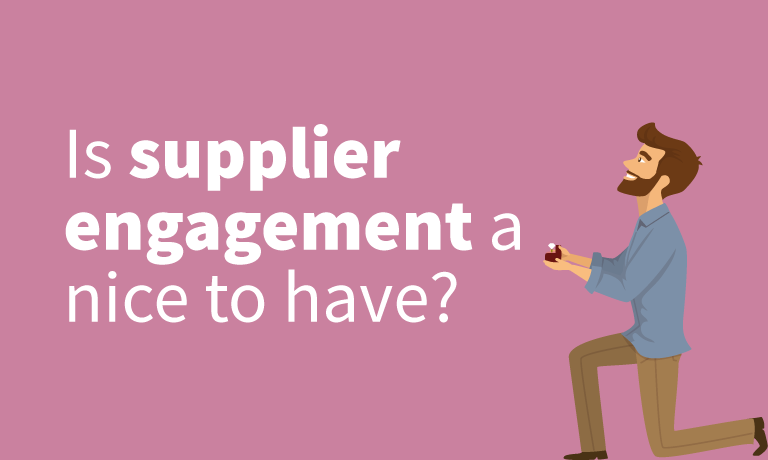 09 Jan Is supplier engagement a nice to have?

Posted at 10:56 in Supplier engagement by James Butcher

Regular readers will know that we are huge exponents of retail own brand teams working with their store brand suppliers as ‘one team’- and meaning it (as opposed to just talking to it).

Despite being a vocal long-term advocate of retailer-supplier collaboration, I was asked this week: “But isn’t it just a nice to have? We need other systems, but do we have to have supplier engagement?” The conversation that followed was interesting because the obvious next question is: What does life look like without good supplier engagement?

Life without good supplier engagement is hard work! It’s notoriously difficult to ‘mobilise’ suppliers behind brand initiatives, whether it be sourcing, CSR, nutrition improvements etc. Whatever the brand goal, it can only be achieved if suppliers are actively aligned behind it.

Technical managers or developers spend a significant proportion of their time chasing suppliers, instead of carrying out the value-add role that they were employed to do. The admin workload around managing suppliers is dramatically reduced when supplier engagement processes and techniques are employed.

The reality is that any own brand team will be resource constrained, and successful supplier engagement and working as on team around one view of performance makes retailer and supplier more efficient; it’s a genuine win-win situation.

So, is supplier engagement a nice to have? Well, is a car a nice to have? You could walk 20 miles to work, but would you? This analogy potentially enters an argument about cars versus public transport so let’s try another. Is an oven a nice to have or an essential? Well we could all still cook on an open fire but why would we? We could send a fax but why would we when we can send an email?

As one own brand supplier put it: “Tell me what good looks like, tell me how I am doing and help me to do better.”

Technology such as our Affinity™ platform makes this possible in a way that was difficult to conceive as little as a decade ago.  A tool to facilitate collaboration allowing retailers to share customer feedback with suppliers means that in triage sessions, you review what your supplier has already said and done, rather than what to investigate. It’s sounds like a no-brainer but having your supplier tell you what they are doing to get NPD back on track rather than you chasing to tell them they are late is a radical shift change for the industry. And so it goes on...

So, yes you could trade in your iPad for a fax machine and buy some sturdy walking shoes or you can embrace the new way for own brands to work together more as one team. To answer the question I was posed earlier this week, no, I don’t think supplier engagement is a nice to have. Not for successful own brands, anyway.

Of course I would say that, I hear you say. But not only do our customers recognise the benefits, the real proof is that suppliers do too. As one Waitrose supplier put it: “The approach Waitrose took was extremely refreshing and provided a real boost to our business.”