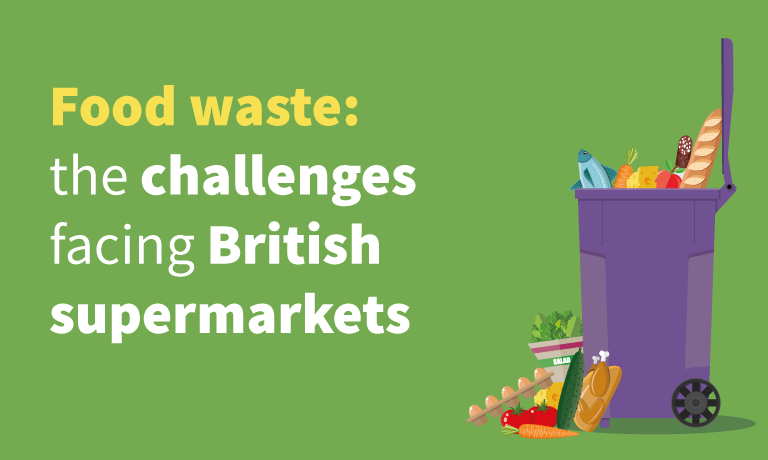 Posted at 01:56 in Sustainability, Consumer trust by Team S4RB

It would seem illogical that food waste in the U.K continues to increase every year just as more and more families struggle to put food on the table. As the Government misses out on its own food waste targets, what can consumers and retailers do to solve the food waste crisis?

Some of the statistics around food waste in the U.K are truly eye-opening. Over the last 12 months, over £13 billion of food was wasted, with over 60% of this considered to be avoidable. Two percent of this comes from supermarkets and 17% comes from manufacturing, but nearly three-quarters of all food waste comes from households, coming in at a cost of £400 per household per year. Despite this, reliance on food banks continues to increase, with the U.K now in the bottom half of European counties for food insecurity. Put simply, we are throwing away more food whilst an increasing amount of our population go without it.

A recent government report suggested that some of the blame could be put towards supermarkets rejecting fruit and vegetables that did not meet an artificial cosmetic standard, with nearly one quarter of apples and one-fifth of onions thrown away before they even reach the store on cosmetic grounds.

This also influences the best-before date, which often causes consumers to throw away perfectly edible fruit and vegetable. Government public awareness campaigns, such as “Love Food, Hate Waste”, were designed to reduce public waste but the latest food waste figures show that these campaigns haven’t had the desired effect. Meanwhile, Food redistribution organisations such as FareShare and Food Cycle continue to grow, selling perfectly edible food that is past its ‘sell by’ date but can no longer be sold by supermarkets.

What can Supermarkets do?

Perhaps a good starting point would be for supermarkets to adopt solutions voluntary. There are currently no food waste guidelines or government targets that supermarkets must work towards, and so public knowledge of their own performance stays largely behind closed doors. In recent years, both Tesco’s and Sainsbury’s have made efforts to publish data on in-store waste, but much is still unknown about waste within the supply chain.

In recent years, Supermarkets have been increasingly coming up with their own solutions to reduce food waste, with Tesco’s recently changing the packaging for their fresh meat products to keep it fresher for longer. In 2016, Sainsbury’s also removed a number of multibuys in favour of simpler pricing so that customers were less incentivised to buy more than they needed.

The latter example shows the challenge facing the U.K’s largest supermarkets. With no official government guidelines and targets, supermarkets are being forced into making tough decisions, as promoting sustainability and selling fewer products will ultimately harm revenue and profit. Given the substantial environmental, financial and moral cost of keeping food waste as its current level, it may be what is required to lead a shift in consumer thinking.